The Academy graduates new group of masters of Islamic studies


Bolgar Islamic Academy held the defense of master’s graduation theses on June 22-23. Graduates of the Academy dedicated their theses to the most pressing issues and problems in the fields of Islamic law, Quranic sciences, Islamic history, hadith studies, and national theological heritage. Among such topics are the tahkik of theological texts, the study of Sufism based on the works of Russian scholars, the study of the ideology of non-madhhabness in the works of early and modern Muslim scholars. Master’s students paid special attention to such issues as the prevention of extremist and terrorist views, as well as the perspective of Islam on interfaith and interethnic relations.

Today, the Academy held a solemn ceremony to present diplomas to masters and present letters of appreciation to the lecturers and staff of Bolgar Islamic Academy for their invaluable support of the Academy’s educational and scientific endeavors.

Praise and congratulations were also extended to doctoral students who have finished their program of study and are about to embark on the most demanding and important phase of their careers – the defense of dissertations for the theological degree of Doctor of Islamic Sciences at the international dissertation council, which operates within the Academy.

Acting Rector of the Academy congratulated all graduates on this important occasion.

“Separately, I’d like to express my gratitude to the lecturers, staff members of the educational and scientific units, and the entire team who, for five years, through their diligent work, ensured the success of training and education process of specialists. Today, more than 60 religious leaders, academics, scholars, and lecturers serve the Muslim community both inside and outside of Russia,” Acting Rector noted.

It’s important to note that this year, the third graduation received master’s degrees. Today’s graduates made a significant decision to study Islamic theology and sciences, learn to understand religious traditions using contemporary scientific and theological methodologies, and chose the path of serving the Almighty, religion, and society, as the acting rector emphasized in his address.

“The main exam is still ahead of you – a lifelong exam, test of competence and professional viability, the ability to accept responsibility and make difficult but critical decisions. Only those who are willing to learn new things, deepen their knowledge, improve their professional skills, and put their newly acquired knowledge into practice will be successful,” Acting Rector Ainur Timerkhanov addressed the graduates.

“We expect nothing but success from you. According to our prophet Muhammad (peace be upon him), one should even travel to China for knowledge. Everything has been set up for you here in Tatarstan, Russia. The sheikhs themselves have come to teach you, professors. I hope that the knowledge gained will be properly applied in our Russian conditions, modern realities, and that you will be able to participate in resolving both simple and complex issues with the hazrats who work in the regions, with Muslim spiritual boards, ulema councils. May it be for the good of our society, people, and Islam,” Salakhov emphasized.

Sheikh-ul-Islam Talgat hazrat Tadzhuddin, Chairman of the Central Spiritual Board of Muslims of Russia, addressed the graduates with parting words.

“Praise be to Allah, graduates of Bolgar Islamic Academy are our elite, who devote their entire lives to serving Islam, the Muslim Ummah and the homeland.

Today, a new stage begins in your lives as well as the lives of those who work in the Islamic sphere. Others reap what we sow. Only when we meet with our Lord will we see the fruits of our labor.

Despite the fact that your training at the Academy has concluded, you must remember that Allah “neither drowsiness befalls Him nor sleep”, and you must strive every day to gain knowledge, study our religion, and apply it in your daily life.

I hope that this group of graduates, like all subsequent ones, will serve as the best guide for those who have strayed from the Right Way”.

Rushan Abbyasov, Chairman of the final attestation committee and Deputy Chairman of the Spiritual Board of Muslims of the Russian Federation, noted the annual significant positive dynamics of the growth in the quality level of training and graduation theses of Academy students.

“Much of the credit goes to our lecturers, who are constantly engaged in research work, providing help to our students, starting from the choice of research topics and ending with a worthy presentation at the defense. Practicing imams, muhtasibs, and others who understand what is expected of them are among the master’s students. Their community work experience and new knowledge will provide an opportunity for spiritual and scientific development. This is significant because we must constantly seek knowledge and improve, because the higher the level of our imams and muftis, the more actively we can develop,” Abbyasov addressed the graduates.

During his speech, he also emphasized the importance of a modern religious figure having at least two higher educations — spiritual and secular.

“Our goal is to progress, to demonstrate that our imams are highly educated and professional personnel who lead our country’s multi-million Ummah and are prepared to engage in dialogue in Arabic and other languages, speaking in the international arena,” Abbyasov concluded.

In addition to the awarding of diplomas of Bolgar Islamic Academy, the most distinguished master’s and doctoral students received gratitude from the hands of the acting rector of the Academy. Teaching staff of the Academy were also honored for their work – letters of appreciation were handed to doctor of Islamic sciences and Arabic philology, lecturer of the Academy Adham Tammam Farraj, doctor of Arabic philology, lecturer of Arabic language Ahmad Sheikh-Mustafa, associate professor of the Department of Theology Natalya Sedykh, researcher at the Islamic Heritage Center Damir Shagaviev, for their contribution to the popularization of the national theological heritage and teaching future scholars.

“Your success is the Academy’s success, the success of lecturers, and a great blessing for the Muslim Ummah and the entire country. May this knowledge bring you barakah,” Timerkhanov addressed masters of Islamic sciences and doctoral students.

Speeches on behalf of the graduates of the Academy were delivered by master of Islamic sciences, muhtasib of the Leninogorsk region of the Republic of Tatarstan Bulat hazrat Raupov, graduates of the doctoral studies mufti of the Orenburg region Alfit hazrat Sharipov and first deputy mufti of the Republic of Dagestan Abdulla hazrat Adzhimollaev, noting that they would honorably serve the Ummah in Russia and yield benefits to their homeland. 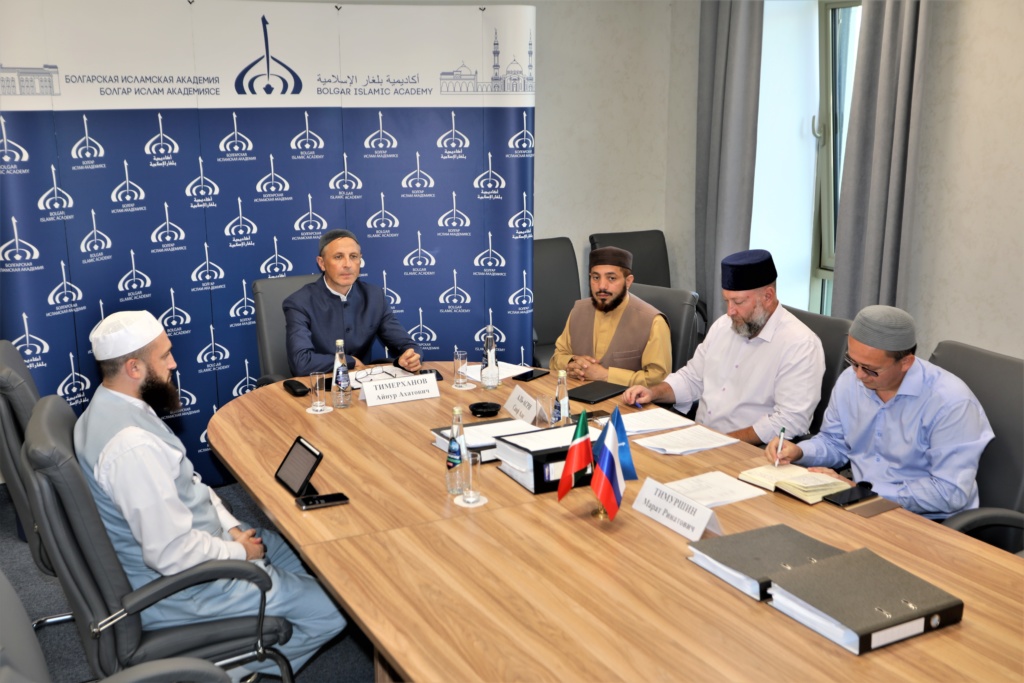 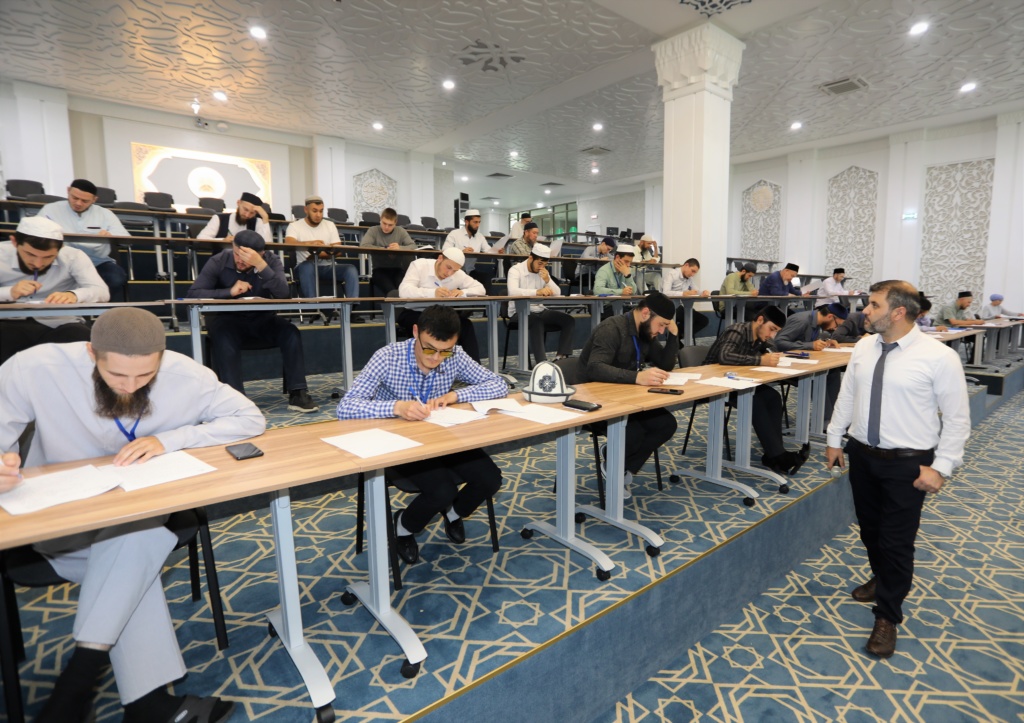