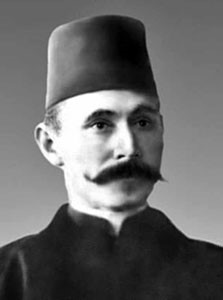 He was born in December 9, 1873 in a peasant family in Kelyashevo village, Karayakupovskaya district, Ufa province. He received his primary education in the village mekteb and continued his studies at Madrasah Usmaniya. In 1898, the Ufa Muslim Charitable Society financed Kamali’s studies in Istanbul, from where he soon transferred to Cairo to the Philosophy Faculty of Al-Azhar University and became a student of Muhammad Abduh. He returned to Ufa in 1904, taught Islamic philosophy and tafsir at Madrasah Usmaniya. In 1906, with the support of the liberal Muslim elite of Ufa, he founded Madrasah Galiya, where he held the positions of mudarris and director (till 1919).

In 1906-1917, Kamali was a member of the editorial board of the newspaper al-Alam al-Islami (Muslim World), since 1909, he was the imam of the Second Cathedral Mosque. In 1915, Kamali was one of the founders of Madrasah Anasiya for women. In 1909-1910, he published his work “Philosophy of Islam”, and in 1913 he published another book “Religious Dispensations”, in which he substantiated Islamic dogma from a philosophical point of view, advocated reforms in accordance with the needs of the time (in particular, he supported the idea of equal rights for women). The radical ideas of Kamali, which were not approved by the Muslim clergy, were accepted by the younger shakirds generation, mostly of the lower and middle classes.

He published a number of articles of a radical nature during the 1920s, in which he criticized the belief in heaven, hell, Judgment Day, and the worship of saints. Thus, “by socializing Islam”, he tried to save it under the conditions of a totalitarian regime. Kamali was arrested and convicted in 1936, died in prison in Samara in 1942. He was rehabilitated posthumously.