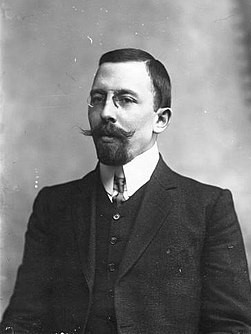 Sadri Maqsoudi was born in the family of a Tatar mullah from Tashsu village, Kazan district, Kazan province (now Vysokaya Gora district, Tatarstan, Russia), he is a descendant of the Kazan Tatars. He began his studies at the Kazan Apanaev madrasah in 1888. He spent a year in 1893 studying at the Bakhchisaray madrasah of Ismail Gasprinsky, where his elder brother Ahmed-Hadi Maqsoudi was also a teacher. The brothers moved back to Kazan in 1894 after their father passed away, and Ahmed-Hadi petitioned to enroll his younger brother in a Russian teacher’s college, from which Sadri graduated in 1901. He traveled to France on the recommendation of the Crimean Tatar intellectual Ismail Gasprinsky, where he studied law at the University of Paris from 1901 to 1906 and earned a PhD in law. He initially lived extremely poorly in France, but later started working as a reporter for a Parisian newspaper, gave lectures about Muslims in Russia, and no longer lived in poverty.

He returned to Kazan in 1906, integrated into politics and was elected for the Central Committee of Ittifaq al-Muslimin, a party founded at the Third All-Russian Muslim Congress (Nizhny Novgorod, August 1906). He was the representative of the Kazan province in the Second State Duma. Maqsoudi was elected to serve in the Duma’s bureau and went to England with a delegation from the Duma. He was elected to the third convocation of the Duma following the dissolution of the second Duma. In December 4, 1909, the leader of the Kadet Party Pavel Milyukov addressing to the rightists in the Duma, said:

The Muslim and Tatar member of the Duma Maqsoudov says to you: “I feel Russian, I am Russian!”, and you respond: “Forget that you are Russian, because we will not give you what you need to love Russia!”

In 1910, he traveled to the Volga region, the Urals, Turkestan, and the Caucasus to inform the inhabitants about the activities of the Duma and the Muslim faction. He was not elected to the Duma in the fourth convocation and returned to Kazan, where he practiced law.

Following the February Revolution, he became a member of the Kazan Muslim Committee (founded in March 7), a member of the Provisional Central Bureau of Russian Muslims, and took part in several Russian Muslim congresses in Kazan. He was elected to the All-Russian Muslim Council’s Executive Committee. He was elected to the All-Russian Constituent Assembly in the Samarkand constituency on list No. 2 (Muslim organizations in the Samarkand region) at the end of 1917.

In January 5, 1918, Sadri Maqsoudi was elected chairman of Milli Idare, an organ of the national and cultural autonomy of Muslim Turko-Tatars in Inner Russia and Siberia.

He emigrated to Finland following the Bolshevik occupation of the Kazan and Ufa provinces.

Later he went to the Versailles Conference and remained in France as an immigrant, where he taught the history of the Turks at the Sorbonne.

In 1924, he traveled to the fledgling Turkish Republic for a lecture tour. He received an invitation from Ataturk to take part in the creation of new Turkey.

He was one of the founders of Ankara’s law school. He taught there for many years before moving on to Istanbul University. He played a significant role in the establishment of the Society for the Study of Turkish Language and the Society for the Study of Turkish History. He wrote extensively on the history and philosophy of law. He served three terms in the Turkish Parliament, from 1931 to 1935, 1935 to 1939, and 1950 to 1954. He was also a member of the Turkish delegation to the League of Nations.

Maqsoudi died in 1957. He was married to Kamila Rameeva, the daughter of gold miner Shakir Rameev, and whose uncle was Tatar poet Derdmend. Adila Ayda, one of his daughters, was the first female diplomat in Turkey, later becoming a senator and author of a book about her father as well as a monograph on the Etruscans. Gönül Pultar, Sadri Maqsoudi’s granddaughter, is a doctor of philology who now heads the World League of Tatars. Gulnur Uchok, her sister, works in the business sphere. Ali Vahit Turhan, another grandson of his, is a political science professor and the head of the Department of Municipal Administration at Marmara University in Istanbul.