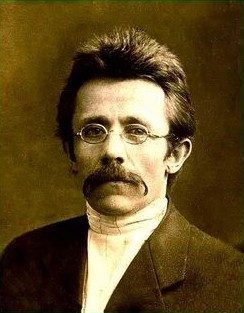 He was born in September 24, 1874 in Kikino village, Penza province, in the family of an akhund. His family served as the primary source of his Islamic education, and he spent some time studying at the Apanaevsky Madrasah in Kazan before completing his studies at the real lyceum in Rostov-on-Don. In Bukhara, Bigiev pursued his education, learning Arabic, Persian, fiqh, philosophy, mathematics, and astronomy while also becoming familiar with the writings of Euclid, Pythagoras, Archimedes, Descartes, and Bacon. He began studying at al-Azhar University in Cairo in 1896 and later moved to Mecca and Medina. He traveled to India, conversed with Muslim scholars, took part in theological discussions, spent six months studying at the Islamic University in Diyubent, then moved on to Bombay. Bigiev continued his study of the history of the Quran after arriving in Cairo, and he published his scientific treatise: History of the Quran and the Scrolls.

Bigiev returned to Russia in 1904 and enrolled as a non-degree student in the law faculty of St. Petersburg University. In 1905, he began his journalistic career by co-founding the Ulfat newspaper in St. Petersburg with Rashit Ibragimov. He then moved to Kazan, where he published a number of works, including The Mandatoryness of the Optional, Arabic Literature, and Islamic Sciences, in which he criticized the books on theology and fiqh used in madrasah and suggested turning to the richest Muslim literature, philosophy, and theological heritage. Bigiev raised the issue of correcting typographical errors in Kazan editions of the Quran at the beginning of 1909. A specially created commission found similar errors in Istanbul, Cairo and Indian publications and sent a special appeal to foreign Muslim scholars.

Bigiev taught religion history, psychology, the history of the Arabic language, and fiqh in Madrasah Husainiya since 1909, preaching among shakirds the ideas of medieval Muslim thinkers about the universality of the Almighty’s mercy. He used arguments and evidence, which he discovered from the Quran and the Sunnah that prove the finiteness of the Hell in time and all-encompassing mercy of Allah, through which people of various religions, including heathenry, will be saved. He published his lectures in the Shura magazine.

Bigiev visited Finland in 1910 and, after he saw of the midnight sun, wrote the book “Fasting on Long Days”. In the book, the author based on Quranic reasoning, argued that fasting in the northern latitudes during Ramadan is optional and could be replaced by a special donation – fidia. The other issues that Bigiev raised in the book, were that Adam, not Eve, was guilty of the so-called original sin, and that the woman was not literally created from Adam’s rib – it is just a literary device that reveals her subtle and fragile nature. In the same years, on behalf of Rizaetdin Fakhretdin, Bigiev worked on a project for a special journal on Muslim law, which resulted in the book Rules of Fiqh. In 1912, he prepared for publishing a translation of the Quran into the Tatar language, but its publication was prohibited by the mufti’s decree.

Bigiev’s theoretical investigations resulted in the book “Woman in the Light of the Ayahs of the Holy Quran” (Berlin, 1933), which is the world’s first fatwa entirely dedicated to the issue of women. Bigiev’s final work to be published in Russia was Quranic Fiqh. Bigiev is one of the organizers of the Ittifaq al-Muslimin party. Beginning in the 1920s, he participated in all important Muslim forums. In 1923, his famous book To Muslim Nations was published in Berlin, in which he sharply criticized Marxism, proving its hostility towards Muslims and Islam. Later Bigiev was imprisoned for this work. Only under international pressure, he was released. After 1930 he lived abroad, where he continued his scientific activity, wrote a large number of works on various aspects of Islam. Bigiev dedicated his entire life to the revival of Islam’s fundamental values and lived by the principle of organizing life around them. He died in October 28, 1949 in Cairo.