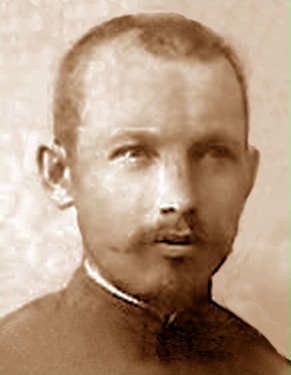 Gabdulla Bubi (Nigmatullin) was a scholar, teacher, writer, and translator.

He was born on November 9, 1871 in Izh-Bubi village, Sarapul district, Vyatka province, in the family of mullah and mudarris Gabdelgallyam Nigmatullovich Nigmatullin. He received his education in the madrasah of his father. Gabdulla Bubi’s elder brother Gubaidulla Bubi played a significant role in his spiritual development. The works of Shihabutdin Marjani, Qayum Nasyri and the Tarjeman newspaper by Ismail Gasprinsky had a great influence on Gabdulla Bubi in his youth. All his life, Bubi was engaged in self-education, studied the works of Arab humanist educators: Muhammad Abdo, Abdurrahman al-Kawakibi, Qasim Amin, Turkish reformers-ideologists – the “New Ottomans”: Namik Kamal, Ziya Bey, Ahmed Midhat (Midhat Pasha), and others. Through their works, he learned the ideas of the French enlighteners Rousseau, Montesquieu, Voltaire.

Being a shakird, Gabdulla Bubi became an educational assistant and began to help his father in the madrasah. In 1895, already being an ardent supporter and follower of Gasprinsky, he was appointed mullah by a decree, and began to reorganize the Izh-Bubi Madrasah with the blessing of his father. In the autumn of the same year, his older brother Gubaidulla returned from Istanbul, having completed his studies at the advanced Turkish educational institution Mektebi Mulkiye Shahane. Gabdelgallyam hazrat completely transferred the madrasah to his sons and never afterwards doubted the correctness of his decision.

Gabdulla Bubi is the author of numerous works on religious studies, most of which are written in the Old Tatar language using Arabic script and Arabic Islamic terminology. He was a supporter of the revival of religious thought and practice in their original form, rethinking the theological and intellectual heritage of Islam and its adaptation to the realities of the era, denied the Muslim mystical tradition and ishanism as a social institution, called for conscious and active behavior in life, “opening the gates of ijtihad”, intellectualization of public life, equal rights of men and women. He died on February 7, 1922 in Izh-Bubi village and was buried there.