Pursuant to the decisions of the Board of trustees of Bolgar Islamic Academy, an online meeting was held on May 19 with the participation of representatives from the regions. The agenda discussed the interaction of state authorities of the Russian regions with the Academy.

The moderator of the meeting was the rector of the Academy Daniyar Abdrakhmanov. Having greeted the audience, the rector gave the floor to Almaz Fayzullin, deputy head of the Department for cooperation with religious organizations of the Presidential Office of Russian Federation on internal politics.

Almaz Fayzullin expressed gratitude to the Republic of Tatarstan and the leadership of the Academy for the great work in the development of Bolgar Islamic Academy and noted: “The Academy was established on behalf of the President of the Russian Federation. There is no doubt that Bolgar Islamic Academy will take its rightful place in Islamic education and internationally”. Almaz Fayzullin also asked those present to carefully consider the selection and direction of applicants to the Academy, as well as their subsequent employment. “The best, prepared, morally stable people should be selected, who in the future could proudly bear the title of graduate of the Academy and make efforts in their own regions”, he explained.

Daniyar Abdrakhmanov in his speech made a presentation on the development strategy of Bolgar Islamic Academy, adopted by the Board of trustees of the Academy.

“The mission of the Academy is the unity of the Muslim ummah of Russia on the basis of the revival of the national theological school and the development of Islamic education and science. I must say that Islamic education in Russia is a strategic direction of national and foreign policy. Interfaith harmony in Russia should be based on an affordable and high-quality system of religious education that meets national traditions and is included in a single educational space”, said the rector of the Academy.

Then Daniyar Abdrakhmanov spoke about the goals and objectives set for the Academy, about teaching staff and students. The rector urged those present to pay attention to the upcoming graduation of master’s and doctoral students of Islamic sciences this year, to consider the issue of their employment together with religious organizations in the regions.

Also, at the meeting, a presentation was presented on plans for the development of the Academy's infrastructure. 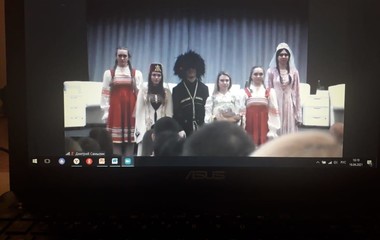 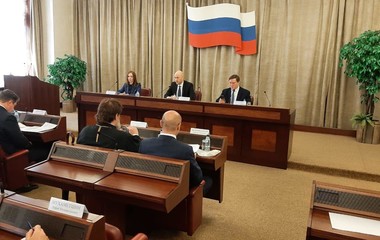